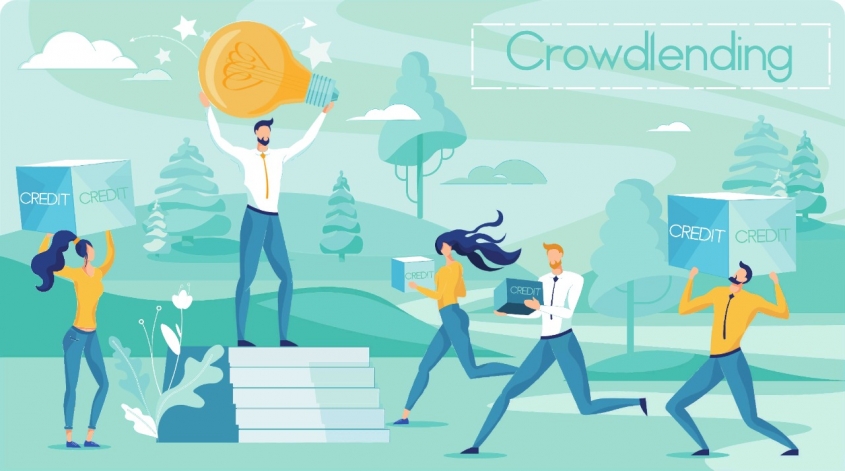 As the pillar of economic growth and the engine of economic progress, Mauritian SMEs’ provide a significant contribution to the island economy – about 40% of the country’s GDP and 54.6% of total employment.1 No wonder then that in the Government’s Vision 2030 as well as all National Budgets till date, SMEs are called upon to assume a more impactful role in the economy not only as an enabler but as a key driver of inclusive and balanced growth.

However, even as local entrepreneurs reflect the dynamism of the economy and strive to pursue their vision while taking the community along, more often than not SMEs struggle to truly take off in their endeavors due to lack of financial support. Indeed, the potential financing requirement for local SMEs is as high as MUR 18 billion2, as SMEs face a relative disadvantage in terms of raising finance from formal institutions such as banks in Mauritius compared to larger firms.

This is supported by the existing global literature on this matter which articulates that smaller firms not only experience greater business risk but also higher financial distress risk as banks tend to focus more on the value of collateral available in the event of financial distress rather than base their consideration on evaluating income streams flowing from an investment project.

Moreover, beyond the provision of financial services predicated on the potential viability of the SME, alternative financing methods are gaining increasing traction due to their stronger social capital that allows entrepreneurs to derive enormous ecosystem benefits from a vibrant community, a value proposition that formal financial institutions simply cannot match.

Among alternative financing solutions for SMEs, crowdlending (also referred to as ‘Peer to Peer lending’ or ‘P2P lending’) is emerging as an increasingly popular option for SMEs.

What exactly is crowdlending?

In the simplest terms, crowdlending is made up of two impactful words, ‘crowd’ and ‘lending’, which sum up the essence of this process. Formally defined, crowdlending is the practice of lending money to individuals or businesses through online platforms that directly match investors with borrowers.

On the ‘lending’ front, crowdlending provides a smart and simple way to access funds as it bridges the gap between borrowers and lenders through a technological platform that disintermediates the borrowing process by seamlessly connecting all stakeholders in the SME funding ecosystem. In addition, as crowdlending companies operate online, they can run with lower overhead and provide their services to cost-conscious SMEs at a more reasonable rate than traditional financial institutions.

To elaborate on the ‘crowd’ aspect of crowdlending requires at the outset an appreciation of the intrinsic power of connecting individuals and organisations, on the one hand, who want to invest in the real economy and, on the other hand, small and medium businesses that need support from a viable ecosystem of lenders and peers.

Indeed, the synergy inherent in the platform goes beyond the immediate funding needs of the SME as the same community of investors can become clients of other borrowers, or their business partners and suppliers.

How did crowdlending come into the picture?

A relatively new concept, crowdlending is widely considered to have started with the launch of Zopa in the UK in 2005. Following the origin of the crowdlending business model in 2005, LendingClub and Prosper in the United States came close on Zopa’s heels in 2006. However, it was in the aftermath of the financial crisis of 2008 that crowdlending truly came into its own with many banks becoming reluctant or, at least, much more restrictive, in extending loans to SMEs, especially in certain countries.

With the reluctance of banks to lend to the perceived higher risk class of SMEs, many entrepreneurs were left without an alternative means of accessing capital. Crowdlending platforms solved this problem by providing a viable alternative to banks. In the years following the financial crisis, crowdlending platforms emerged all over the world. Indeed, some governments were also willing to encourage the development of this activity in order to compensate for the shortfall of financing through traditional channels, resulting in crowdlending platforms getting a new lease on life.

Yet again, following the financial crisis of 2008, the COVID-19 crisis that has spread like wildfire since the start of this year has taken the SME sector by storm. Once again, banks are facing stretched repayments and default risks at levels not seen since 2008, and are fire-fighting to restructure loans and support their current portfolio of borrowing companies to the best of their ability. However, this only means a reduced appetite on the part of traditional financial institutions for SMEs, which are likely to again face a credit crunch.

Besides the evident need to support SMEs in their fundraising efforts as traditional channels face increasing constraints in meeting their funding requirements, crowdlending platforms are also gaining heightened importance as governments around the world attempt to boost local production to stimulate employment and bolster the real economy in the wake of the pandemic.

In Mauritius as well, the government has leveraged Budget 2020-21 to extend much-needed measures that support SMEs with both much-needed capital on the equity and loan fronts, as well as an increasing focus on products manufactured under the ‘Made in Moris’ label. One of the most exciting developments is the announcement that the SME Equity Fund Ltd will invest through the crowd lending mechanism to the tune of up to MUR 200,000 per project.3 It is clear that the thrust of all these measures is to give a boost to local employment and increase self-sufficiency, both key aspects of economic development in a post-COVID era.

Where does Fundkiss fit in?

At Fundkiss, we wish to offer an SME-centric online platform that seamlessly connects lenders and borrowers. We have a product that matches SME borrower requirements with different forms of finance available to suit diverse needs such as loans, working capital, microfinance, project finance and capex funding.

Our crowdlending platform is built around the five pillars of rapidity, simplicity, fluidity, transparency and personalisation. Once a project is submitted, a meticulous project analysis and credit scoring are conducted and the borrower can access unsecured loans, sometimes in less than 30 minutes, once the project is live on the platform.

From January 2019 when we started our operations, we have funded over 56 projects and injected more than MUR 31 million into SMEs. We are looking forward to reaching the 100-projects funded mark by November, with hopefully an additional MUR 30 million disbursed by then.

In particular, we have observed that the mid-cap SME market comprising firms with an annual turnover of up to MUR 20 million is vastly underserved and we would be focusing our efforts in meeting the needs of this ‘missing middle’ in Mauritius. In order to reach our funding target and to make a real difference to the economy, we will look to institutional lenders to invest alongside our community of individual lenders and consolidate efforts across the ecosystem to better serve SMEs.

Apply for A Business Loan

Join the Community as an Investor

WARNING: Investing through the Fundkiss platform entails financing Small and Medium Enterprises and making unsecured loans to borrowers. As a lender, you could lose part or all of your investment. We advise all investors through the platform to spread their investments over several projects to limit risks. If in doubt, you should seek independent financial advice before investing. Do not borrow beyond your repayment capacity.